Friends, we are so excited to share with you an added dimension to our In On 10 Pray Days for Danny!

Our friends at OneNeed have launched a new fundraising campaign called 10 On 10!

Starting today and utilizing OneNeed’s secure Pay Pal donation link, you are able sign up for a recurring donation of $10 on the 10th of each month. You even have the option to do more than $10!

100% of the donations received will fund Danny’s physical therapy at Shepherd Center in Atlanta and other uninsured expenses.

Aren’t the unexpected blessings that come our way such a sweet reminder that God is with us?

While this past month has had it’s challenges, it’s been full of fun too!

Taking some time away from therapy has it’s advantages. In mid-July, the Diaz Family celebrated at the beach!

For the first time in eight years, the Diaz family all went on vacation together; us, Danny’s parents and his brother and his family. The last time we did that, I was very pregnant with Corbin!

We boarded a plane and traveled with no power wheelchair!

We spent time on the beach.

We even got Danny in the ocean without drowning him and he walked out battling sand and waves. 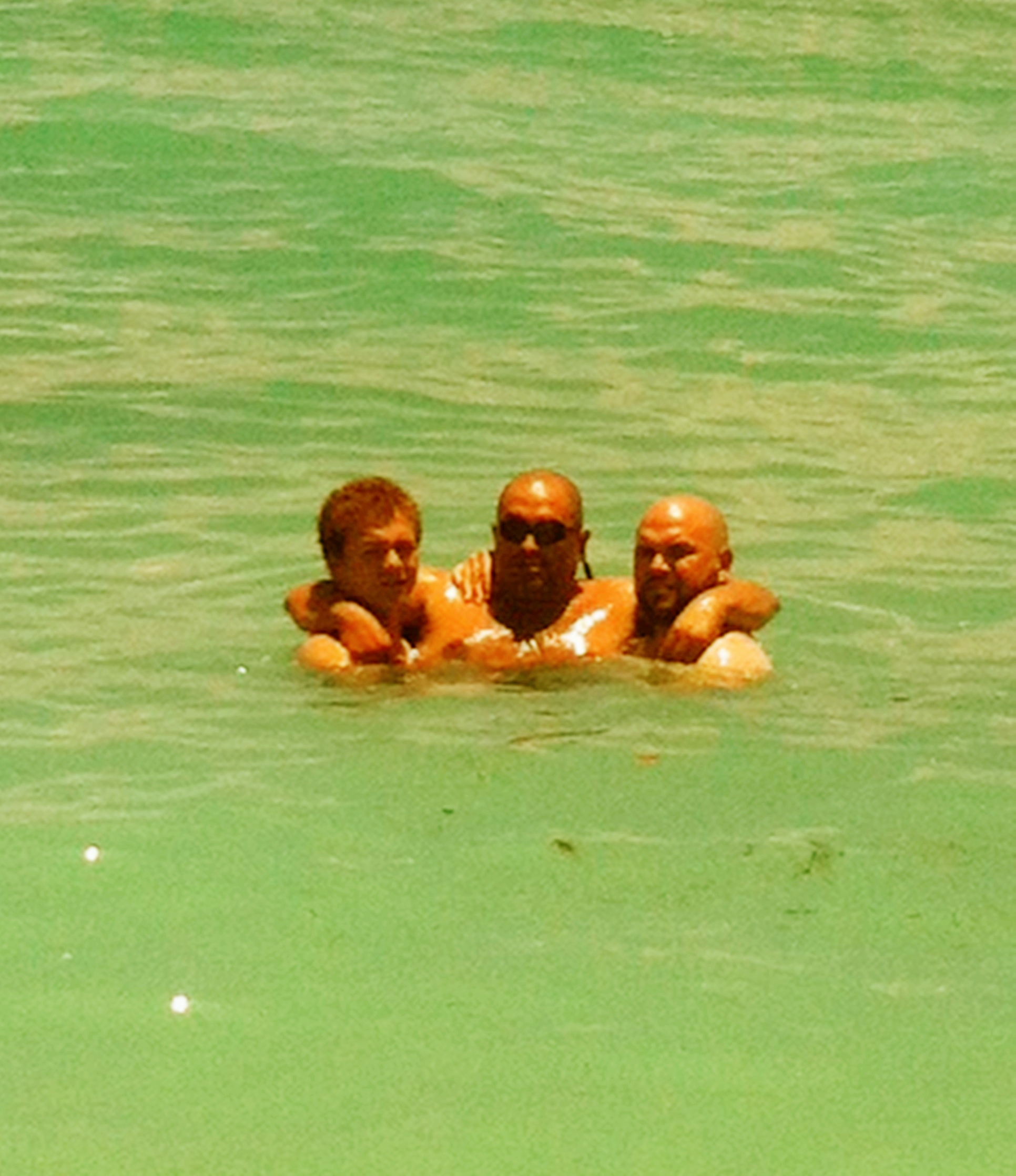 We celebrated a 40th anniversary.

It was a blast!

Taking time away from therapy also has it’s learning experiences.

We’ve started to keep a journal of the activity that Danny does each day. This has been a great tool to track his progress and also for Danny to be able to compete against himself.

Additionally, we’ve switched up another medication and that seems to be going smoothly.

However, a potential side effect of the medicine is that it can make Danny sleepy. I’m not sure he’d admit it, but he does seem tireder than usual, so the doctor said we can start taking it at night.

Lately, he’s been like a tornado twisting in the sheets! He’s learned to turn himself onto his left side, but he has to turn on the right, then on the stomach and wind up on his left.

I’ve been punched in the face, my pillow grabbed out from under my head, covers have been pulled off me and the wall gets knocked repeatedly.

I think this may be a reason that Danny has requested that we pray for strength. According to the journal, he’s not been able to walk as many laps as he was able to do initially.

However, for the first time in eight years, Danny has been able to get himself in bed! Can I get an ‘Amen!’?

One night, he leaned over to untie his shoes and I asked him jokingly what else he could do. That guy got himself undressed, put his dirty clothes and shoes away, got his walker and got in bed.

I did the jumping jacks of joy (is there such a thing) and he just stared at me like I was a crazy woman.

In his mind, he believes he should be getting himself in bed and he’s just eight years too late.

Nonetheless, he has done more new things in the last month than ever.

Being at the beach, forced Danny to walk each day,, do many transfers and use only his manual chair.

And, I think he’s just so sick of having to have help for things, that he’s pushing himself in small, but memorable ways.

We are so excited and humbled by the folks at OneNeed for taking the initiative to help us raise funds for Danny’s therapy.

He is ready to get back to it!

So, as you pray today for Danny’s strength, also ask the Lord if you’re supposed to give.

And, if you’re not in a position to give now, go to OneNeed.org and sign up to be a Deeder in your community. You will be blessed!