Following the last update, I’ll make every attempt to keep this one informational, though you definitely want to read to the end if you’ve been keeping up with us for a while. 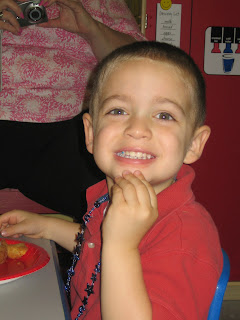 Our darling son has finished his first year of preschool. I can hardly believe it; it feels like I was just meeting all the other moms and I still have trouble getting every kid’s name right. Oh well, it’s a good thing that most of them will be together again this fall. Corbin is pictured here at their end of the year party and performance during snack time. As he did in the Christmas production, he stood near the back of the group and mouthed the words and did not do the hand motions. It was surprising, his lack of involvement. He is usually singing at home all the time and in Spanish. He loves the Gipsy Kings and that is all he wants to listen to in the car and at home. We can’t wait to take him to their concert next month. Danny and I went on our first date to Gipsy Kings at Chastain; we’re looking forward to getting a bit nostalgic and sharing it with Corbin.
We have hit another milestone with Corbin; he is finally potty trained. Now, I hear all you Moms out there thinking that he should have been out of diapers by the time Danny was for the second time. However, I then think that you don’t live in my life, so get off your high horse. Nonetheless, when I found out that Corbin was the last little darling in his class to make friends with the potty, we had a nice little heart to heart. Well, actually, it was something to the effect of “you know what to do and you’re not going to wear diapers anymore.” Corbin is stubborn; which he gets unfortunately naturally by both sides of the family. He just didn’t care if he wet himself or whether he stank like caca instead of flowers, or his Spanish cologne. Of course, in drawing the line in the Huggies for him, I had to keep the commitment to myself. Thus began our battles to every bathroom we had an opportunity to take advantage of. Now, I am proud to say, Corbin is happy in his Spiderman Underoos and Lightning McQueen skivvies.

Last Thursday, May 21st, Corbin brought home my birthday surprise; my mom from the airport! Yes, I turned another year older over the Memorial Day weekend. More on that in a moment. It was nice to have Mom here and you can see that Corbin loved having his own personal playmate. They are pictured here on our balcony blowing bubbles.
When we three were talking about what to do for my birthday a couple months ago, Corbin decided he thought I’d like to go bowling. Well, we had been recently and he had loved it, so I guess it was on the forefront of his mind. Nonetheless, he knows his Mommy well because I love to bowl. Here are a few pictures that I was able to grab, but there were a bunch of us there. Can you see my sassy new haircut? 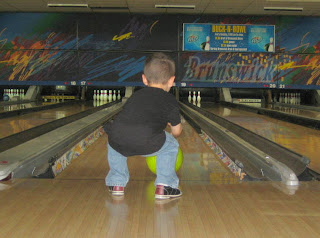 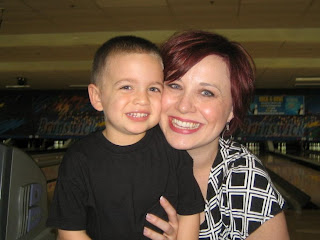 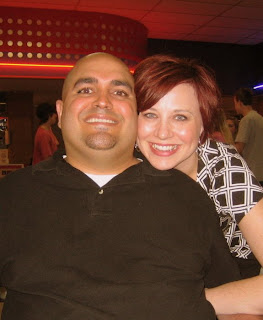 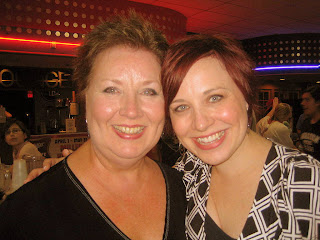 Danny News:
Back on May 15th, Danny was able to walk outside again and I was excited to see it. It was kind of ironic that we were there in the garden where we used to take Danny on Sunday afternoons while he was an inpatient. I walked normally around the sidewalks and it was 160 steps for me. Danny doesn’t always take full steps, so it was probably more for him. Here is a quick clip of his lap.

Unfortunately, our time outside was cut short since some idiot that had robbed a nearby bank was traveling on foot and armed. Security came outside and gathered everyone inside and then locked down Shepherd. No matter, Danny still walked so much during those two hours, outside and inside, that his shirts were soaked through with sweat. Glad to know his body is working properly since he didn’t sweat for so long.

We also had our check up appointment with Dr. Kaelin and he was very pleased with Danny’s progress and weight loss. Danny was more excited that he was given the green light to drink a beer, if he wants one. I actually took the boys out to grab a salad and a slice the next week and Danny had a Newcastle and I had a Corona, and Corbin behaved. It was really nice to sit there and be a tad bit more normal; to have less restrictions. Amazing what the ability to enjoy a beer did for Danny’s spirit.

Life surprises me sometimes, well, rarely. I’m now at the apathetic part of life where I’m not really shocked by much. Nonetheless, I started this entry yesterday and I’m glad I waited until today to post it because of what I have to add next.

Danny had therapy yesterday that kicked his butt. I’d ordered his own walker for the house to do exercises with; sit to stands, transfers, etc., but no walking yet. He took it with him to therapy yesterday so they could get it set up for him and he could practice with it. He walked a total of three hours; first hour with the walker, second hour on the manual treadmill and last hour with the walker again. At the near end of the last hour, after being fatigued, Danny was able to do something huge. Twice, he walked unassisted with the walker for about 15 feet each time. I was so proud of him and I believe he was even proud of himself and rightly so! Candy told him he’d set the bar really high, so she’d like to see him do more of that in therapy so we can translate to the home. Yea, Danny! 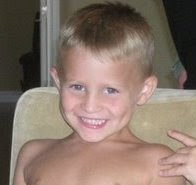 On a closing note, I have to ask for prayer for my nephew Brett. He is the youngest of my brother’s two boys. Doctors have discovered a “bone cyst” in his right femur, near the knee that they think may be cancer. Unfortunately, the facility that does pediatric MRIs can’t take him for two weeks. Please pray for Jonathan and Kari as they deal with this heavy issue with their son and pray also for Brett that the cyst will not be cancer. Brett is four years old; he will be five years old in July. I know you all are fierce prayer warriors and I am thankful to be able to call on you during our times of need.

God bless you and keep you safe!